The global employment industry recorded a sales turnover of €491 billion in 2016. This record figure since 2007 reflects the new labour market reality and the changing needs of employers and workers. Agency work, always a gauge for economic growth, represented the largest business segment and grew by 10%. Outplacement, by contrast, saw a light fall in revenue, reflecting a slowdown in layoffs as the economy picks up. Published this week, the World Employment Confederation 2018 economic report (based on 2016 data) gives a comprehensive picture of the employment industry around the world. It demonstrates how the industry acts as a labour market enabler, delivering work, adaptation, security and prosperity to help organisations remain competitive and support workers navigate a changing world of work.

“Jobs are no longer full time, 9-5, Monday-Friday,” explains Denis Pennel, managing director of World Employment Confederation. “Today’s world of work is increasingly diverse with people working under a host of different contracts including part-time, fixed term, freelance and agency work. The employment industry sector is at the forefront in supporting social innovation, creating secure, good quality work that meets the needs of businesses and people in the 21st century.”

“Labour markets around the world need inclusive and sustainable growth if we are to achieve the 8th Global Sustainability Goal of full and productive employment, and decent work, for all men and women by 2030,” adds World Employment Confederation president, Annemarie Muntz. “The employment industry grew in 2016, despite mixed macroeconomic conditions, and the global unemployment rate fell to 5.7% – down from 6.1% the previous year. The employment sector plays a key role in reducing unemployment around the world, including for vulnerable workers such as women – who are more likely to be unemployed across all age groups – and youth – three times more likely to be unemployed than the general population.”

Movers and shakers within the different employment services

Agency work remains the highest revenue generator for the employment industry, accounting for 71% of the total annual sales revenue. It showed 10% year-on-year growth over 2015. The fortunes of the agency work sector are closely tied to the economic cycle with companies hiring agency staff during periods of growth in order to meet extra demand.

Japan showed accelerated growth of 8%; Europe also grew with placements of people under 25 years of age on the rise and Germany, the Netherlands, Italy and Spain performed well. In the US, the world’s largest agency work market, business remained stable as did China, the world’s third largest market.

Managed Services Provider (MSP) is the second largest sector, representing 20% of the total and generating €97 billion. It grew by 11% during 2016 with the top 10 markets being USA, UK, Australia, Germany, Canada, India, Netherlands, Switzerland, Belgium and France.

Direct Recruitment accounts for €37.8 billion of the total with USA, UK, Australia, Germany, Canada, Japan and China the largest markets.

Recruitment Process Outsourcing (RPO) while still small was the sector to grow the most year-on-year with a consistent 13% expansion across all regions and a turnover of €3.4 billion.

Career management fell slightly in 2016, driven largely by a fall in outsourcing due to fewer layoffs as economic growth returns. The sector reached €2.7bn with 37% of sales in North America, 33% in Europe, 18% in APAC and 3% in Latin America.

These figures include MSP and RPO data provided by the Staffing Industry Analysts (SIA).

Europe has shown a consolidation across all employment industry services. In agency work, the region placed almost 9.5 million people in 2016. In terms of workers placed, France leads the field placing some 2 million people in work followed by the UK 1.2 million, Germany 1 million, Italy 0.65 million, Poland almost 0.8 million and the Netherlands (nearly 0.8 million). In direct recruitment, the region placed also 1.5 million people and the largest markets by value are UK, Germany, Ireland, Netherlands, Switzerland, Belgium and France. There are over 75,000 private employment agencies in Europe, employing over 400,000 staff.

Brazil is the strongest market in Latin America, accounting for some 20% of total revenues. It showed exponential growth in RPO – 34% year on year compared with a global average of 13%. Brazil also has the highest agency work penetration in the region, placing 480,000 people in jobs followed by Mexico, Colombia, Chile and Argentina. Direct recruitment in Brazil recorded €0.3bn in revenue. Mexico showed growth of 6.6% year-on-year in employment services including placing some 153,881 agency workers. Latin America is home to over 10,000 private employment agencies which employ almost 250,000 HR specialists and placed almost 2 million people in work in 2016.

Japan, Australia and China are ranked among the 10 best performing markets in both agency work and direct recruitment. Japan, the second largest agency work market shows solid year-on-year growth of 8% recording over €40 billion in revenue and placing over 2.6 million people. Japan is the sixth best performing market in direct recruitment and records €2.7bn in earnings.

China moved into third place globally in agency work in 2016 recording over €30 billion revenue and placing 8 million people in work. It has also gained in direct recruitment, recording revenues of €2.4bn.

Australia stands out as a very mature and competitive market, holding third place in MSP and Direct Recruitment rankings. It has the second highest agency work penetration rate of 3.6% and global revenues of €10bn. India represents an emerging market in the HR solutions industry, especially in MSP where it had revenues of €1.8bn and ranks sixth in the world. The RPO market in APAC is small but has shown revenue growth of 14% over the past year. There are over 32,000 private employment agencies in the APAC region, employing almost 770,000 staff.

North America remains dominated by US

Over 15 million agency workers were placed in North America in 2016 and 373,000 in Direct recruitment. The United States dominates the agency work market, accounting for 93% of total revenues. There are over 20,000 private employment agencies in the region employing over 400,000 staff. 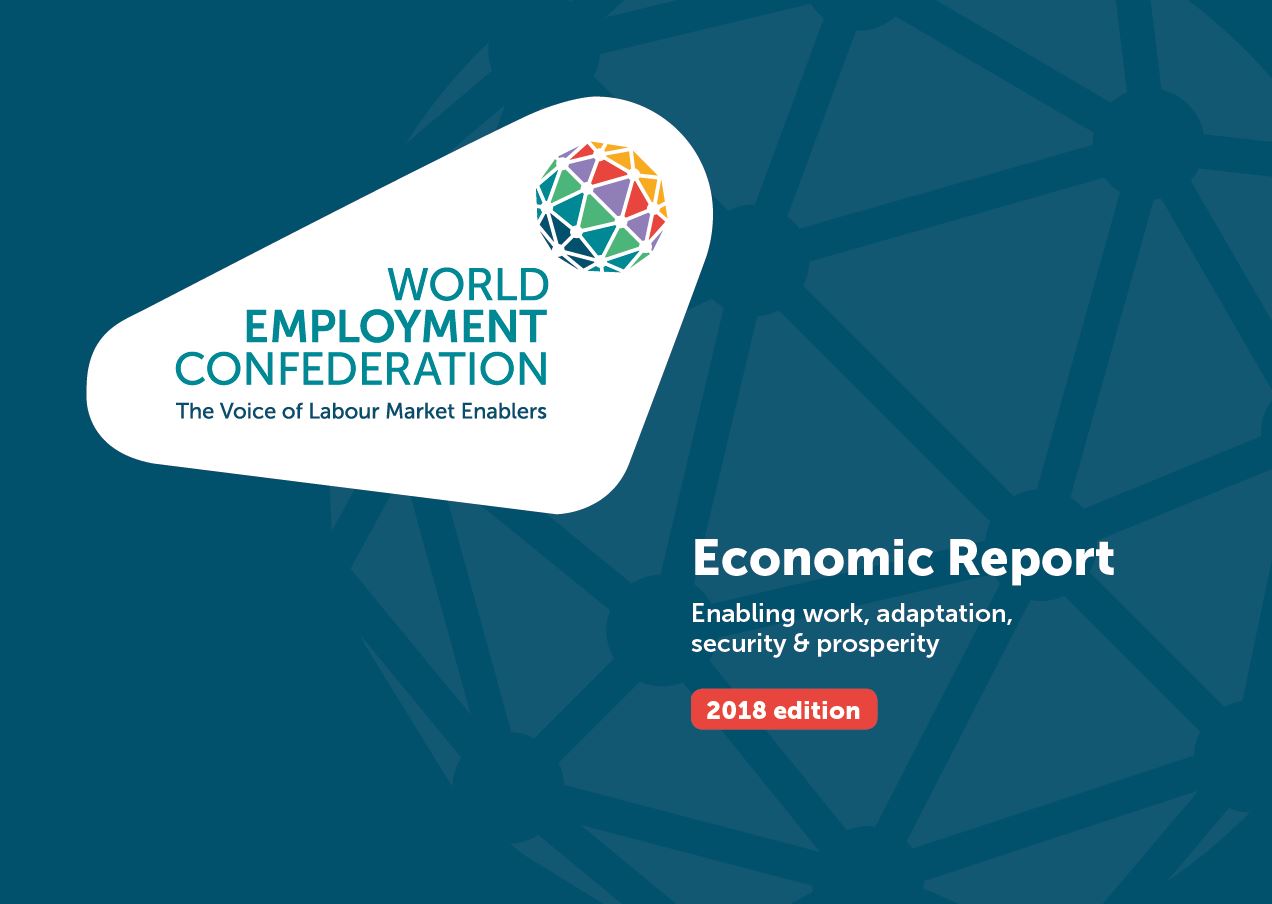 Find more research and publications on the private employment industry