The 2019 Economic Report of the World Employment Confederation shows that private employment services developed positively in Europe in 2017. Agency work remains a core segment within the industry, with eight of the largest fifteen agency work markets globally being located in Europe, but other services gained traction.

In 2017, the private employment industry in Europe generated €198 billion in global sales and placed 10.8 million individuals in employment through a network of more than 80,000 agencies.

“Most indicators from our 2019 Economic Report paint a positive picture of our industry for 2017,” says Denis Pennel, Managing Director of the World Employment Confederation.

“It demonstrates that as the world of work is continually changing, the services provided by private employment agencies are increasingly sought after and contribute to positive labour market outcomes.”

Amongst the five main services covered by the industry, agency work remains the core activity, generating the majority of revenues and employment relationships. In Europe, the United Kingdom is the largest market, followed by Germany, France and the Netherlands. While most European markets have experienced positive market growth rates, Spain and Italy have seen a particularly impressive market boost, with revenue between 2014 and 2017 up 98% and 70% respectively. Overall, eight of the largest fifteen agency work markets globally are located in Europe.

“Our Economic Report is primarily based on a data collection exercise that we conduct annually with the members of the World Employment Confederation,” explains Even Hagelien, Chairman of the WEC Economic Affairs Committee. “We are constantly striving to improve that process and for this 2019 edition, we have updated our methodology to deliver a more accurate picture of our industry. We also work with external partners such as Staffing Industry Analysts and Everest Group to ensure the most complete assessment of the different HR services.”

In 2017, the private employment industry generated €457 billion in global sales, a 13% year-on-year growth rate. Worldwide, it placed 53 million individuals in employment through a network of 165,000 agencies. The number of internal staff working within private employment agencies reached 2.7 million, a significant expansion compared to the year before. 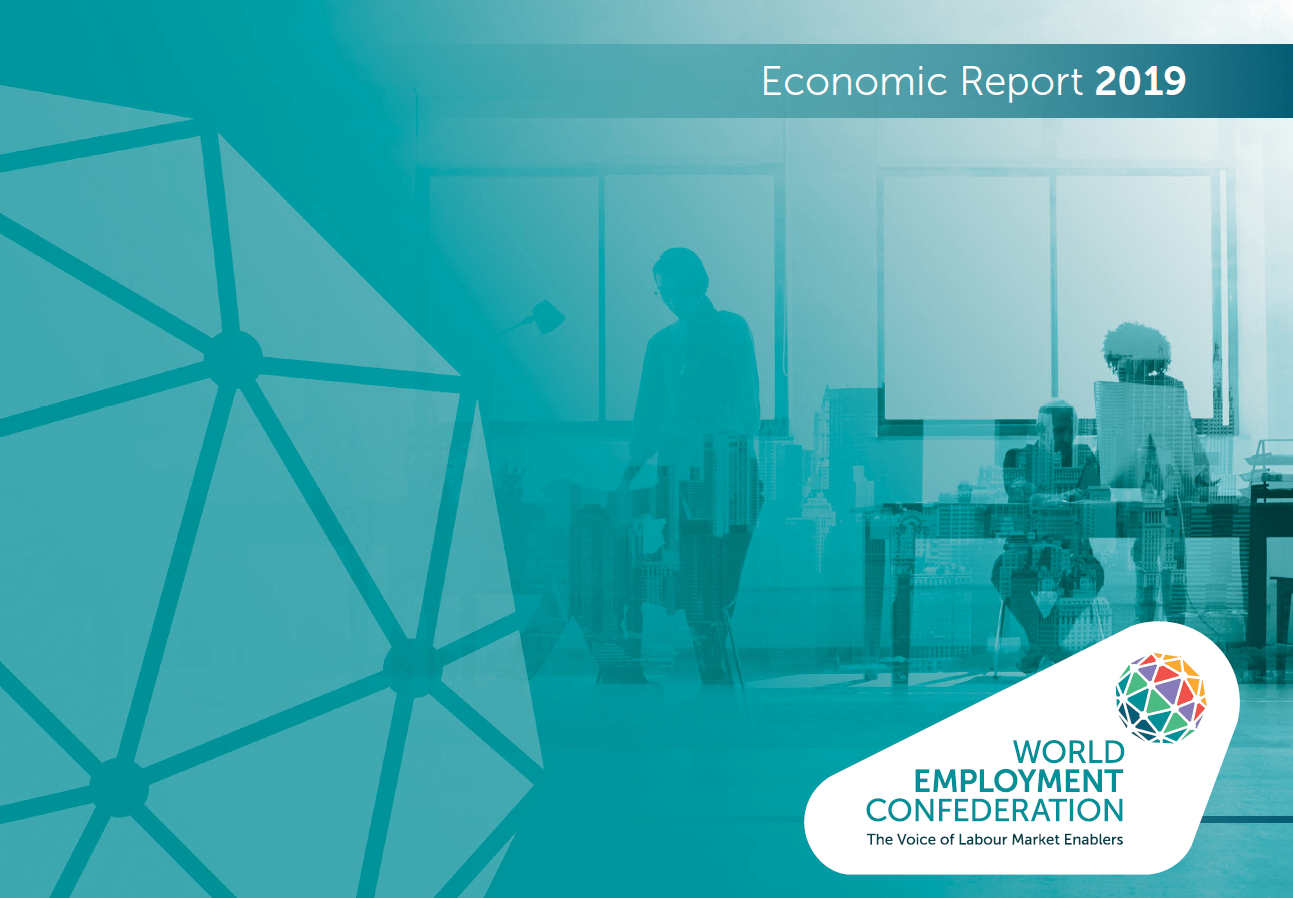 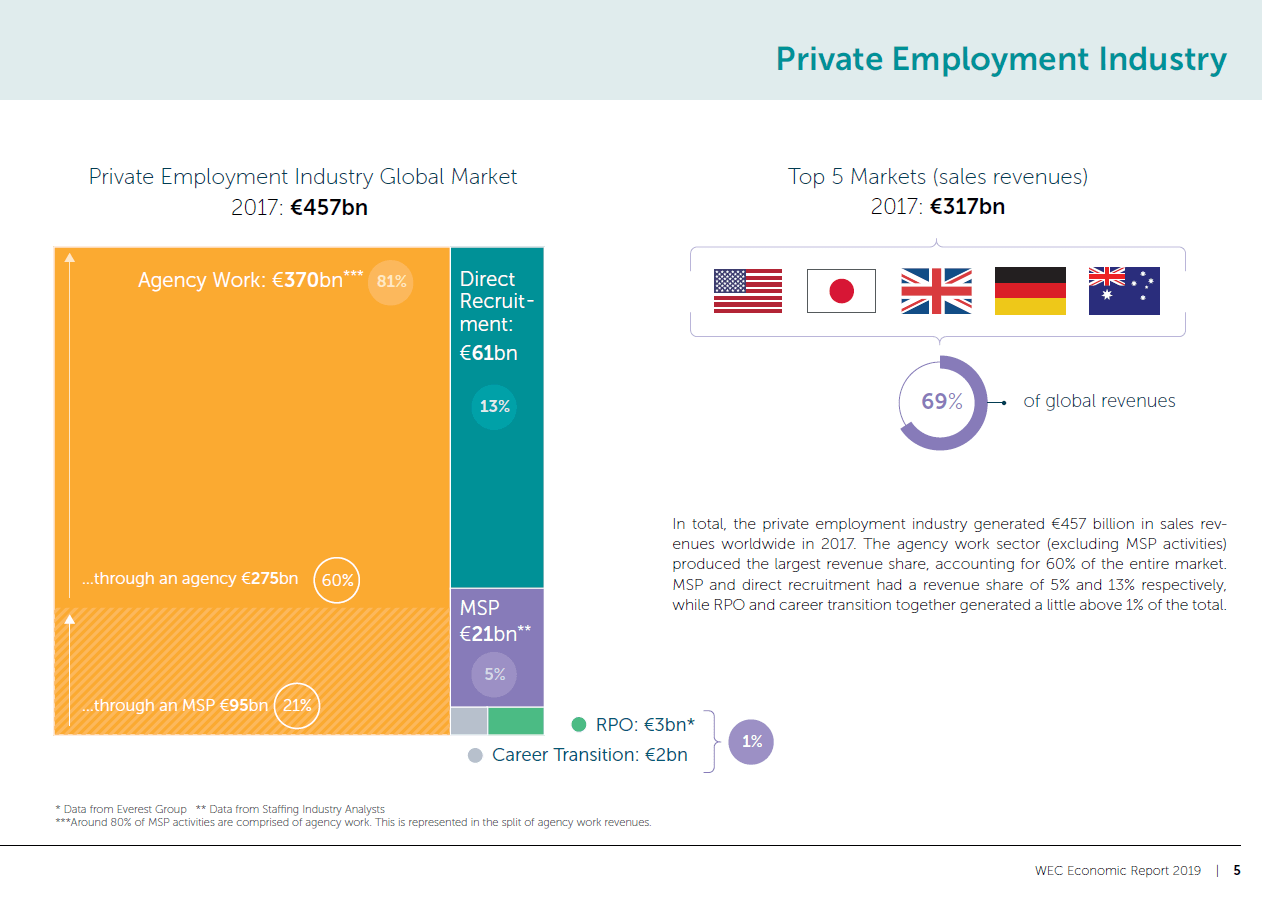 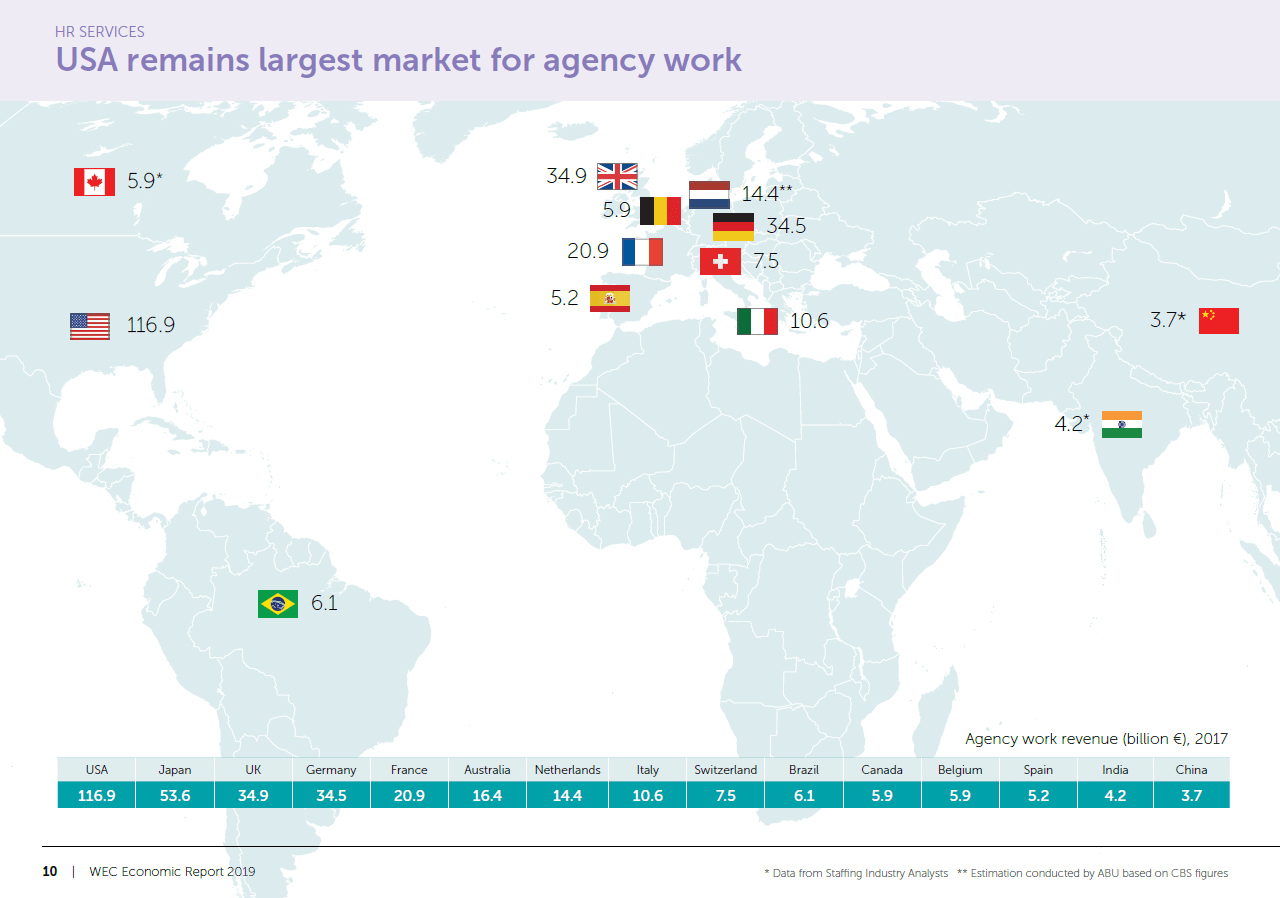 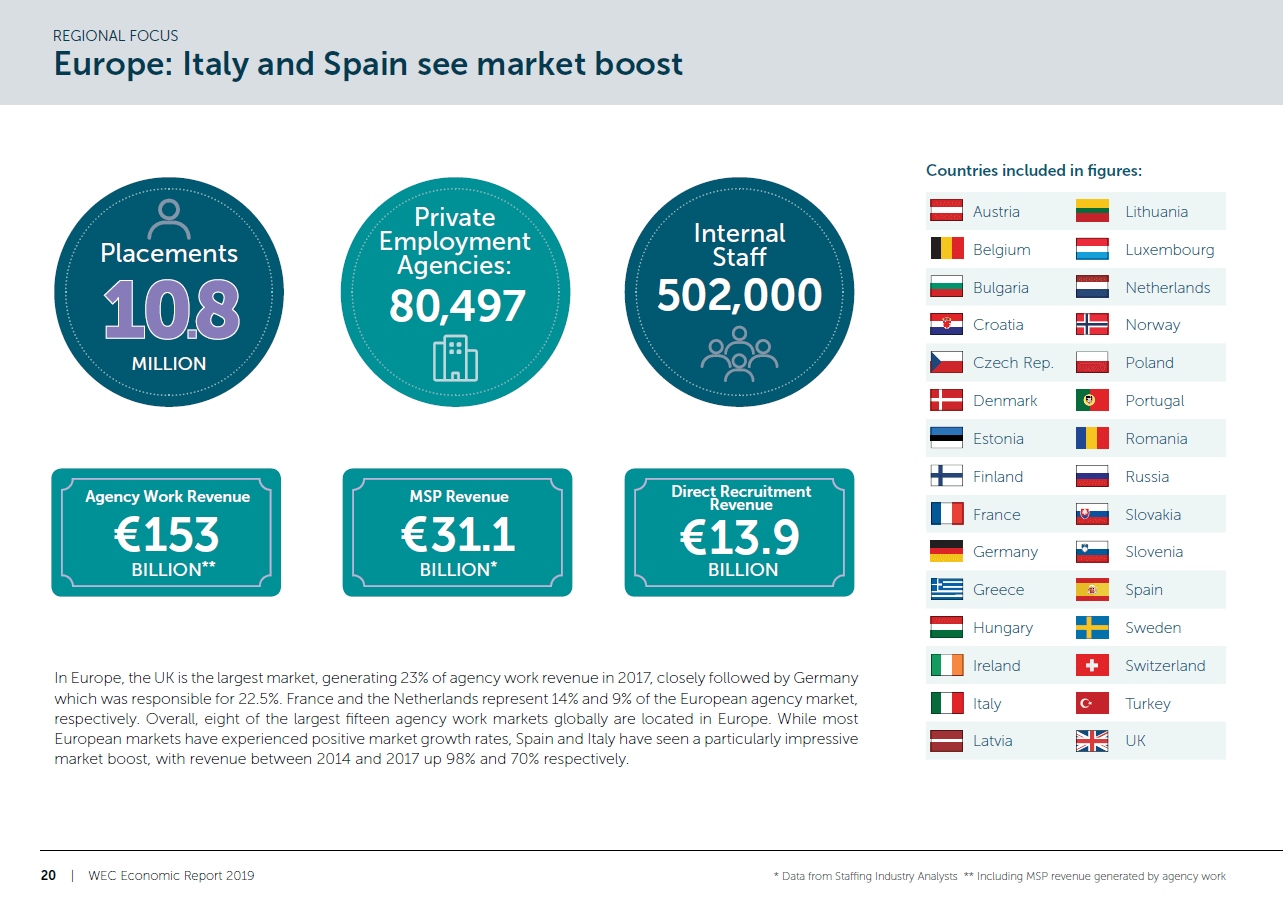