A multi-channel social media campaign was launched to promote awareness of the World Employment Confederation’s upcoming 50th anniversary. Celebrations will be held during its annual conference in September 2017, in Paris where it was founded 50 years ago. This is a significant occasion that celebrates just how much the employment industry has evolved and become a key influencer in the world of work.

The campaign called The Road to Paris will reflect on the World Employment Confederation’s tremendous legacy and look ahead to the next 50 years.

The social media activities will spread out for 100 days until the World Employment Conference co-organised by the World Employment Confederation and French member federation Prism’Emploi takes place in Paris on the 27th and 28th of September in France. This world get together will gather brilliant speakers from across disciplines around the theme “The Labour Market Dynamics in the Digital Age”: two days full of plenary sessions, masterclasses and interactive discussions to explore the latest employment trends on rethinking work in the digital age.

“We have come a long way as an organization and as an industry. It was a long journey until it was recognized that private employment agencies were fulfilling a useful social role and were contributing to well-functioning labour markets”, recalls the World Employment President, Annemarie Muntz. “ILO Convention 181 internationally recognizing the tripartite relationship between agencies, clients and intermediaries was an important milestone. Through the years, we have gained social, legal and economic recognition from legislators. I will argue, the establishment of a Head Office in Brussels in 2005 dedicated to advocacy at European and global level was vital in guaranteeing the professionalization of our industry.”

The World Employment Confederation has been promoting an inclusive growth agenda to help tackle unemployment in front of various international audiences, it has shaped the Future of Work debate and supported international policy making through its contributions in the global agenda at the ILO, the IOE or the OECD. “We have changed and that is also reflected in our new name after going through a successful rebranding last year: the World Employment Confederation is today a global organization that counts 1.5 million labour market specialists who act as the career managers of about 50 million people through 50 countries and that delivers a wide range of HR services that go from labour market intelligence and talent acquisition to managed services and career management,” says Annemarie Muntz.

The campaign is currently running on the Confederation’s Global and European twitter accounts, on its Linkedin corporate page and on its Youtube channel. 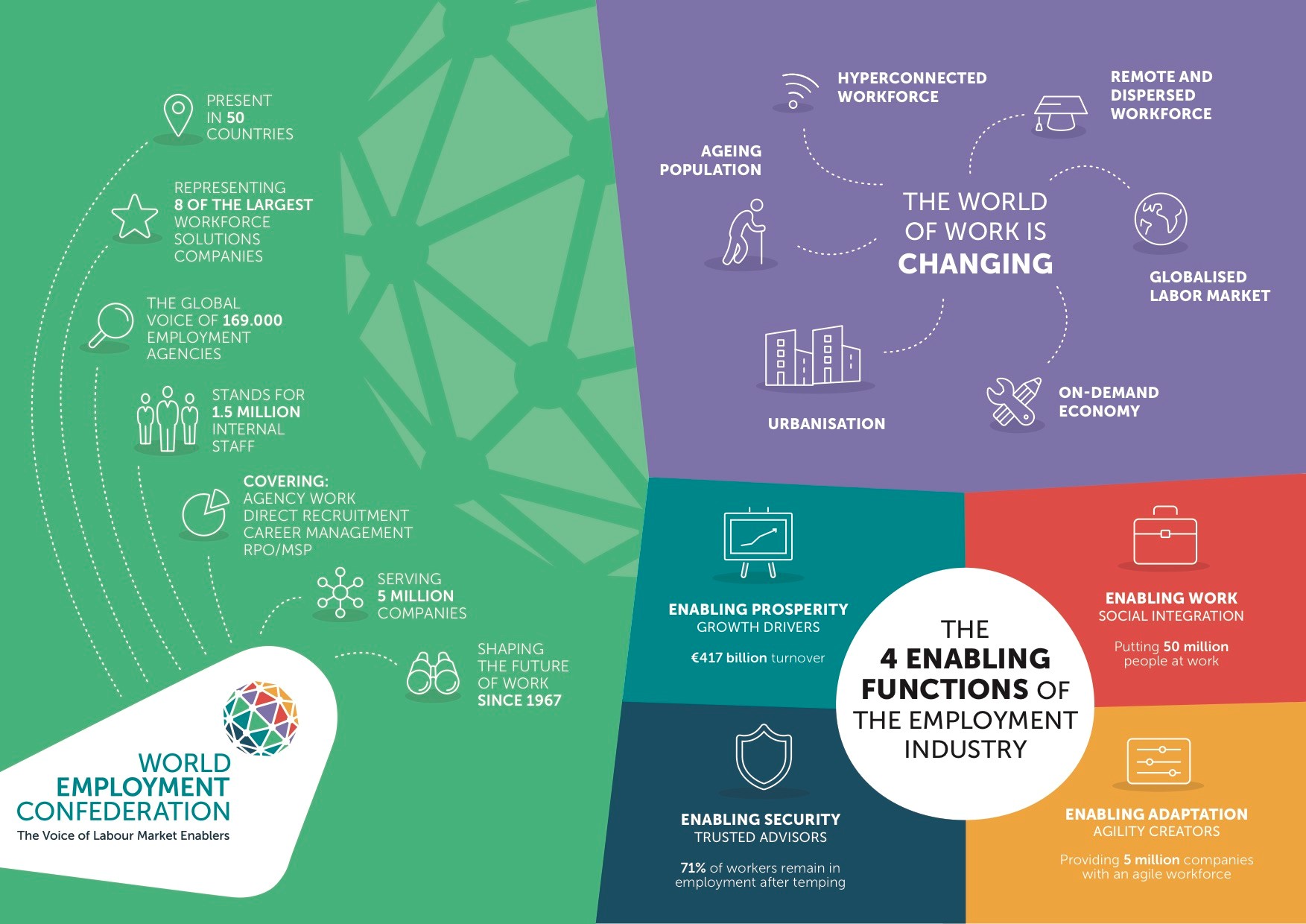