Last week in Paris, the World Employment Confederation hosted in conjunction with Prism’emploi its annual World Employment Conference on “Labour Market Dynamics in the Digital Age”. This year’s conference however, marked a very special occasion: the 50th anniversary of the World Employment Confederation inception. The conference hosted some of the most experienced and influential CEO’s of the largest global HR service companies along with academia, international institutions and businesses, all experts on the Future of Work.The conference attracted more than 450 delegates, stakeholders and members including more than 140 international delegates representing more than 40 countries.

The 27th of September, day one of the Conference, was an internal day dedicated to members of the World Employment Confederation who gathered for the general assembly and National Federations Committee Meeting. The  28th and 29th of September were dedicated to debating and discussing issues affecting the future of work. The heart of the conference revolved around five plenaries and six master classes organized around a wide range of themes such as the impact of big data on the industry or how to promote fair practices in labour migrations.

Opening speeches were given by  Gilles Lafon, President of Prism’emploi, who outlined the current contribution of the industry both in France and in the world, promoting economic development through a responsible flexibility.

The official welcome speech was given by the President of the World Employment Confederation, Annemarie Muntz who reminded us of the symbolic importance of Paris, the birthplace of the World Employment Confederation and host of its first annual conference in 1967. The World Employment Confederation President outlined the factors revolutionising the Future world of Work. Indeed, even the very definition of ‘work’ is constantly evolving in this technologic era, requiring adaptation from the employment industry as well as the society at large. The need for the future workforce to acquire the right skills to gain access to the labour market and making lifelong learning a prerequisite for employees to future-proof their careers will play a major role in this new digitisation era, along with the need to ensure access for all to portable rights and decent work. Annemarie Muntz presented the Manifesto of the employment industry on the changing world of work “No Future of Work Without Social Innovation”, outlining five key recommendations to institutions in order to achieve the best future labour market. Every year, the employment industry supports and assists more than 50 million people to enter the labour market, delivering decent work on a global scale.

Final introductory remarks were delivered by Denis Pennel, Managing Director of the World Employment Confederation. Denis Pennel reported data and figures on the industry’s contribution to society as an enabler of prosperity, work, security and adaptation. These four enabling functions contribute to the creation of a better world of work. He also presented the broadening scope of the HR services represented by the World Employment Confederation: namely Direct Recruitment, Agency Work, Career Management, Recruitment Process Outsourcing and Managed Service Provider as well as presenting last year’s market data at global level. The industry provides a variety of working solutions in order to simplify the complexity of the labour market.

The first two plenary sessions addressed the challenges in the new world of work, with emphasis on digitalisation and automation and the role of  intermediation in the future of work.

Stefano Scarpetta, director for employment labour and social affairs at the OECD, outlined  automation consequences on the world of work, reporting data from the last OECD research. Mr Scarpetta stated that automation impacts tasks not jobs, therefore even if the OECD jobs full automation forecast is around 9%, the share of jobs with a considerable number of tasks at risk of automation is considerably higher. Digitalisation was recognized to be a two sided issue: on one side it has the potential to grow inequality and on the other side, it is a great opportunity for all, in particular for the employment industry.

Alain Dehaze, CEO of the Adecco Group, reminded that the employment industry has always and will continue to play a fundamental role in the digital era helping people to adapt to transformation and great change. Lifelong learning and digital skills are key factors for workers in the new digital era, although the last researches prove that 50% of workers have very limited or inexistent digital skills, therefore all social partners and institutions must take concrete actions to bridge the digital gap.

Both Alain Dehaze and Jonas Prising, CEO of the Manpower group, pointed out the unique opportunity the increasing share of freelancers into the labour market represents for the employment industry. Indeed these freelancers need to be assisted by institutions with regard to social security reforms as well as providing administrative support and seeking clients. This would allow these workers to concentrate on their core business. Both panels briefly debated the potential for digital platforms to disrupt the industry,  stressing their role in creating new ways to access the labour market.

Jonas Prising compared the current digital platforms issue with the employment industry 50 years ago, outlining on one side this same disruptive potential and on the other side the same concerns risen within the society. The CEO of Manpower group was confident that digital platforms, as the employment industry did, will prove their unique role in enabling labour markets. However, he stressed the need for support of society at large in order to reassure and assist people in dealing with digital transition and change. As a final remark, although digitalisation will modify many  jobs, the human touch will always be irreplaceable, representing the true human added value in all life’s activities.

Day two of the conference  was introduced by an opening speech given by Guy Ryder, Director General of the International Labour Organisation. He outlined the importance of Convention 181 on private employment agencies, encouraging a broader ratification. The ILO’s General Director supported the World Employment Confederation Manifesto, stressing the need to define the meaning of the term ‘social innovation’. Guy Rider declared the willingness of the ILO to nurture the biodiversity of the labour market “killing low quality forms of work and rising high quality jobs”.

The third panel discussion was dedicated to the impact of digitalisation on the Human Resources Sector. Armand Sohet, HR director at Sulzer, stressed the key role played by ‘big data’ in the HR  sector. Indeed, the HR department has historically be seen as a reducer of the labour cost, excluded from the top management’s meeting. ‘Big data’ has the potential to revolutionise the role the HR department plays in the space. Big data can perfectly track each and every individuals circumstances and role  within an organisation giving organisations the tools to plan effective strategies to enhance productivity.  Jacques Van Den Broek, CEO of Randstad holding, stated that “Human resources is a sales job” since it is in charge of promoting the company’s staff, retaining and attracting talent. Jacques Van Den Broek concluded the panel by reminding us that our mind set is the most important factor for any HR division.

Adriana Stel from STOOF (Dutch temporary agencies workers training fund) and Jurrien Koops from ABU (Dutch federation of private employment agencies) opened the fourth panel discussing private and public partnerships in the labour market, presenting best practices developed in Netherlands: the SPF, a joint private-public knowledge centre, that promotes best practices in Active Labour Market Policies (ALMP). Indeed, the industry provides a fundamental role in ALMP in the Netherlands, acting as stepping stones and enabling access to work for more than 35% of the unemployed, 67% of which are still employed more than three years later. Unfortunately, as Fons Leroy, Head of the EU network of Public Employment Services, pointed out: the public and private cooperation in the labour market is poorly developed in many other European countries although the industry clearly adds value to the ALMP. Stefano Colli-Lanzi, CEO at the GI Group, detailed an Italian model, “dote lavoro” in Lombardia, which was used as a benchmark in the implementation of the EU program “Youth Guarantee”. The panellists agreed on the immense potential of data in ALMP, although, as Stefano Colli-Lanzi pointed out, the human factor is increasingly playing a more important role: the industry has shifted from gathering resumes to establishing strong and durable relationships with candidates.

The closing panel addressed responsible intermediation, comparing digital talent platform regulation with those of private employment agencies. Phil Jennings, Secretary General at UNI Global, declared the need for applying the same regulation for platforms as there are with agencies. Sarah O’Connor, journalist at the Financial Times, stressed that the success of digital platforms is deeply linked to price, as platform workers offer a lower cost for the same services. She also added that these platforms workers are not compensated adequately, making these companies unsuccessful businesses that disrupt and ‘crack’ the market. They ultimately eliminate fair competitors and make society pay the hidden costs associated with lower cost services. Francois Roux from Prism’Emploi called for regulation on the ‘new’ independent contractor, proposing the development of digital platform certification, in order to distinguish between fair and unfair competitors of the labour market. The urgency to distinguish bogus self-employment and independent contractors was also underlined by Phil Jennings.

The stage was then taken by Antoine Foucher, the Cabinet Director of the French Ministry of Labour, who called upon the employment industry to develop and implement the French labour market reforms. He pointed out the value of the industry in the labour market, declaring its increasing importance in the future, given their success in implementing lifelong learning in the past.

Finally, the conference was concluded by Hans Leentjes, Vice-president of the World Employment Confederation who was joined on stage by a member of the next generation of workers. She provided her thoughts on where she sees the future of the labour market, providing freedom of choice and freedom. Hans Leentjes finally handed the stage to Frank Farrelly, from the National Recruitment Federation of Ireland who gave an overview of what we can all expect at next year’s World Employment Conference being held in Dublin. 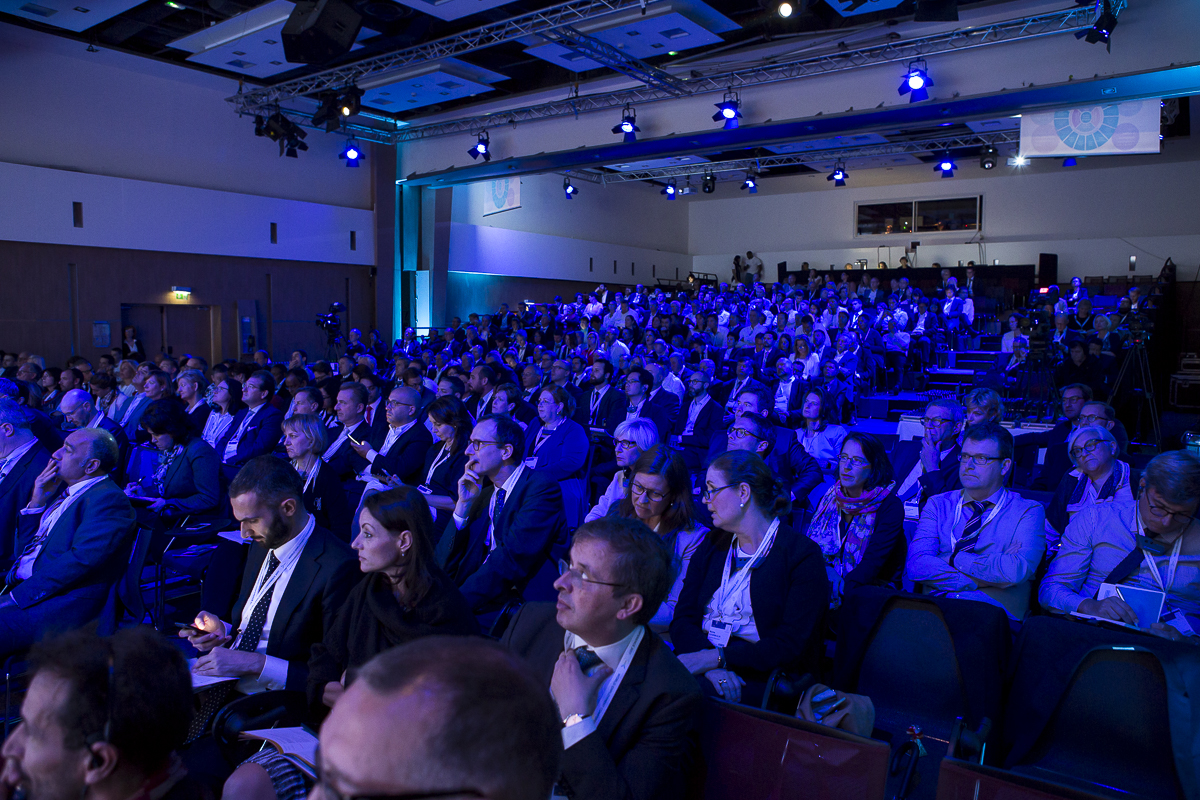 The 2017 World Employment Conference was held in Paris, France, on 27-29 September. 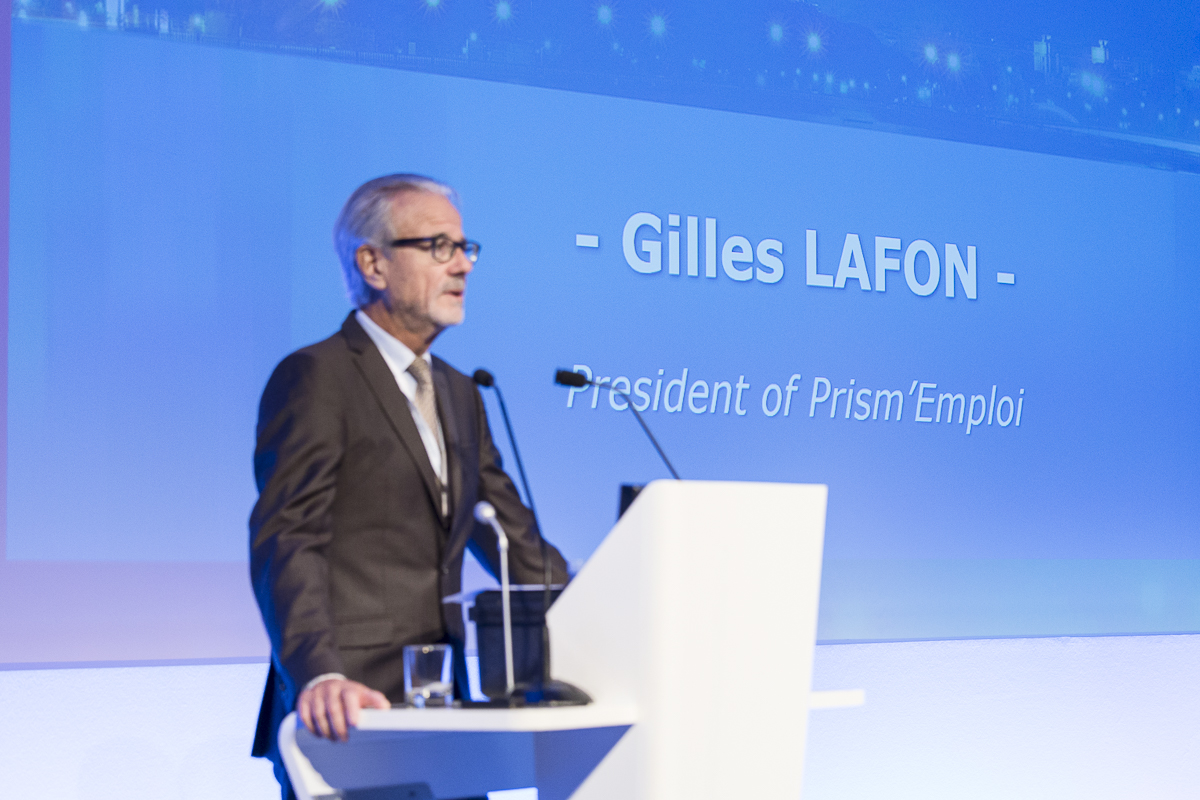 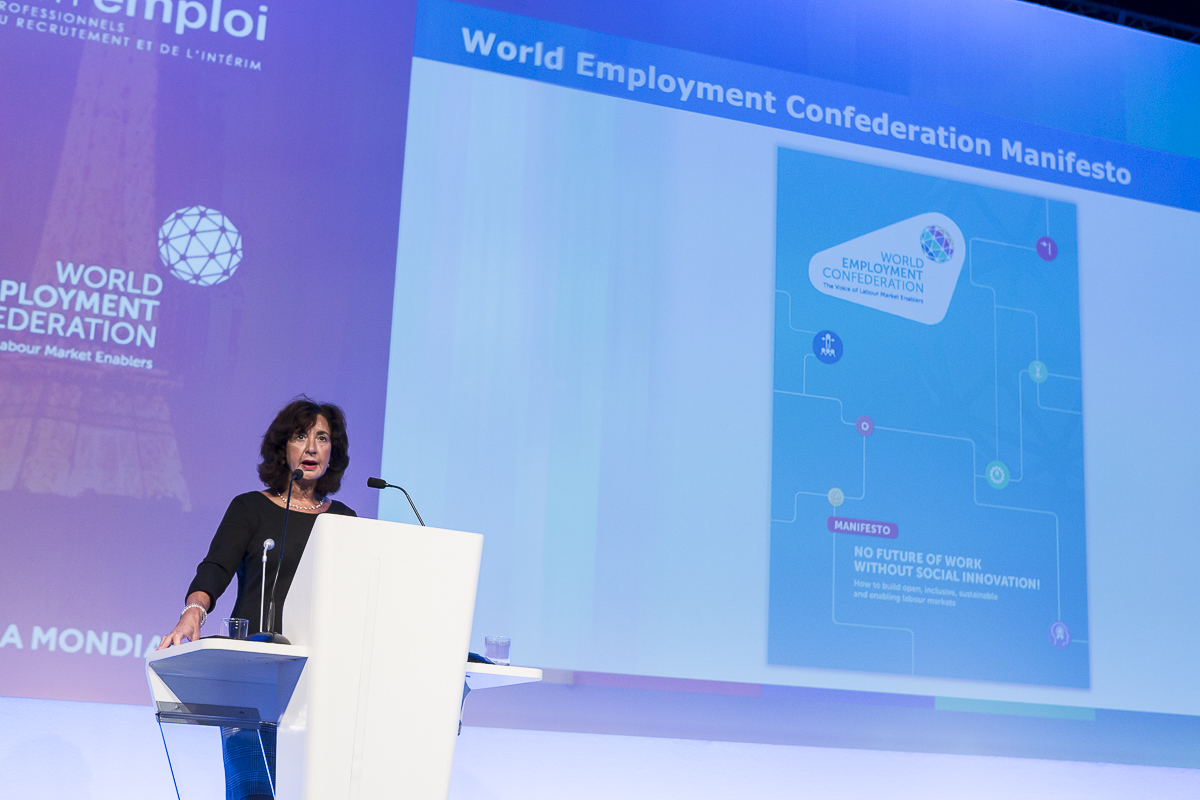 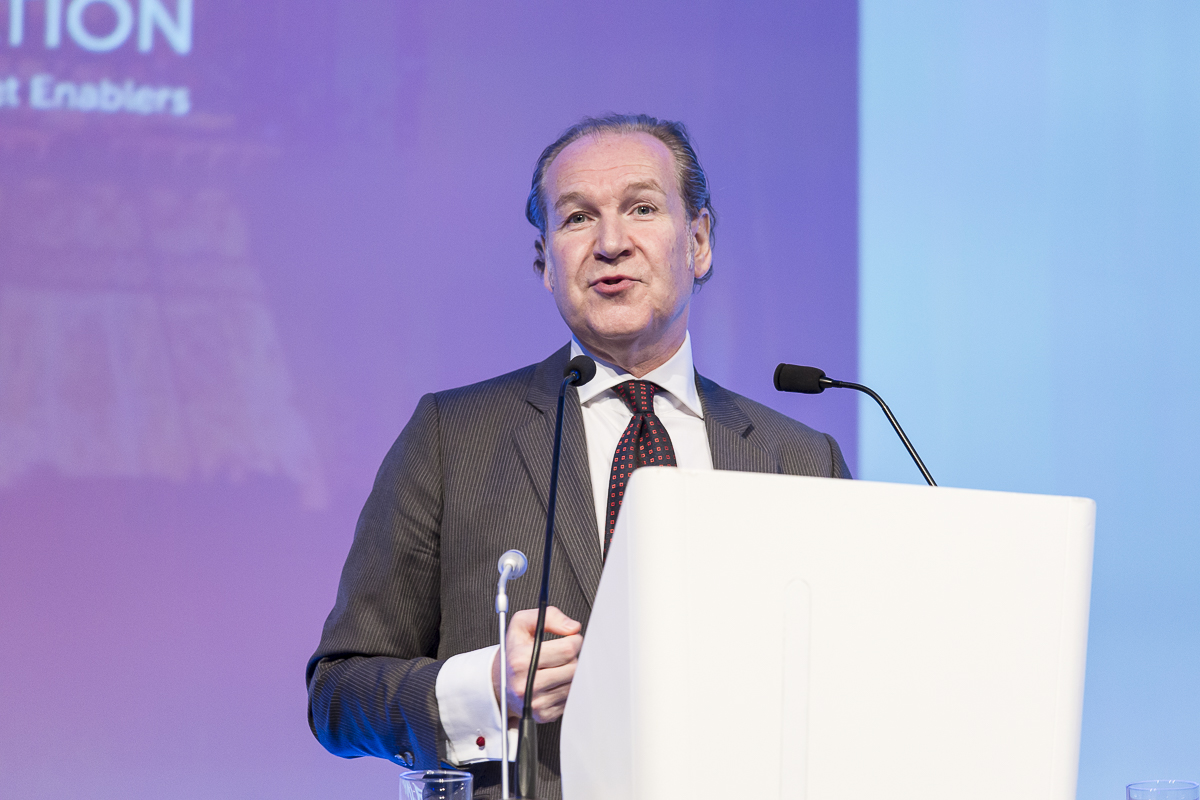 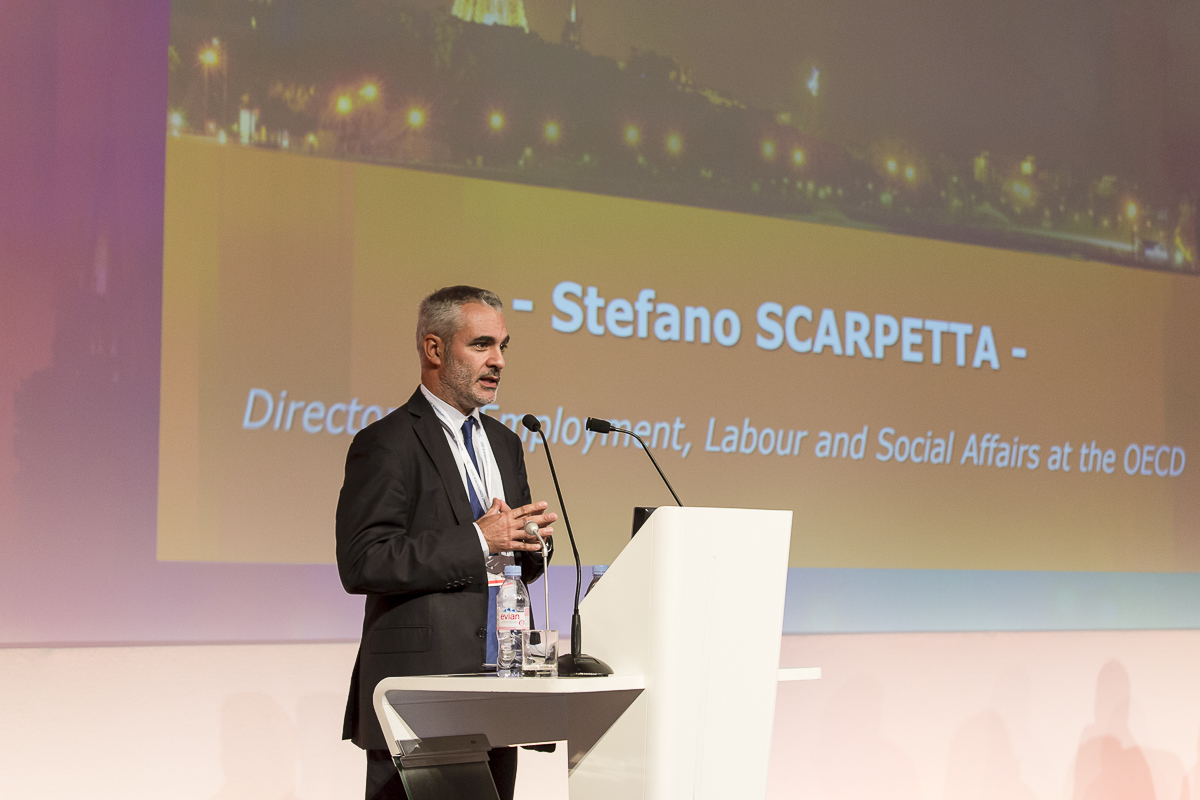 Stefano Scarpetta, director for employment labour and social affairs at the OECD, 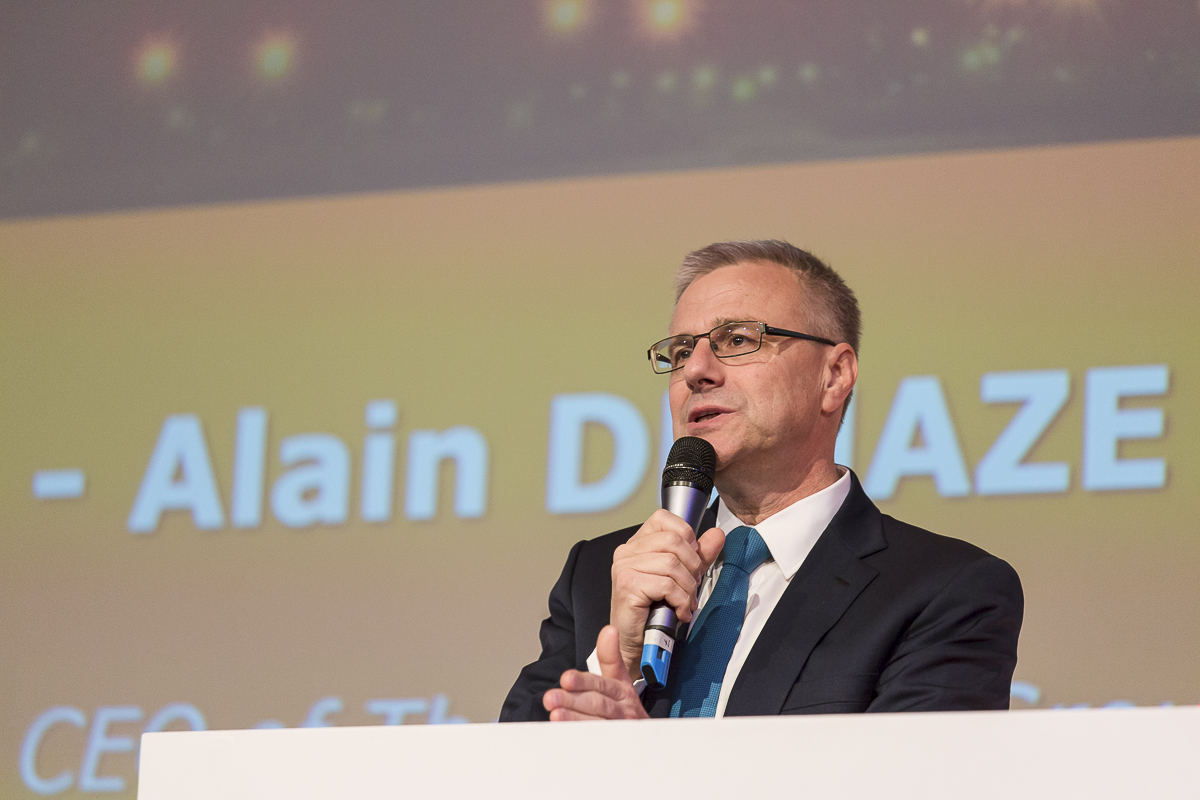 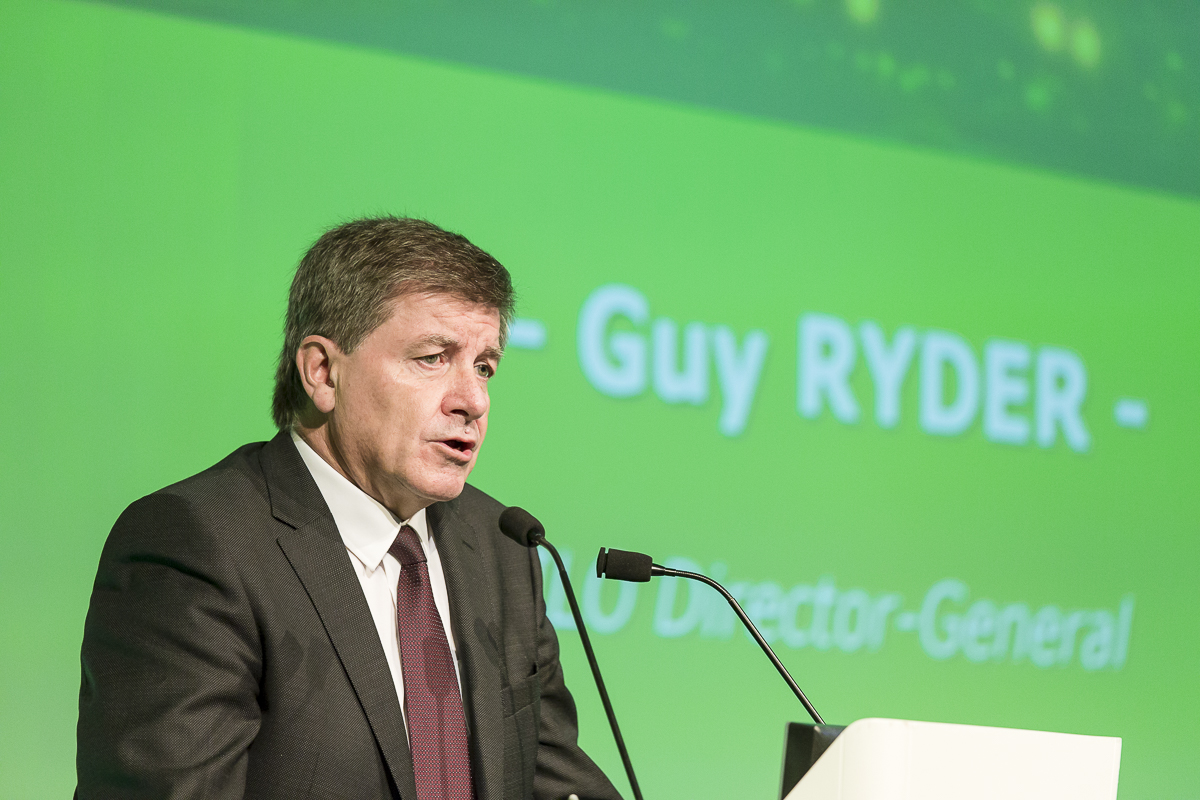 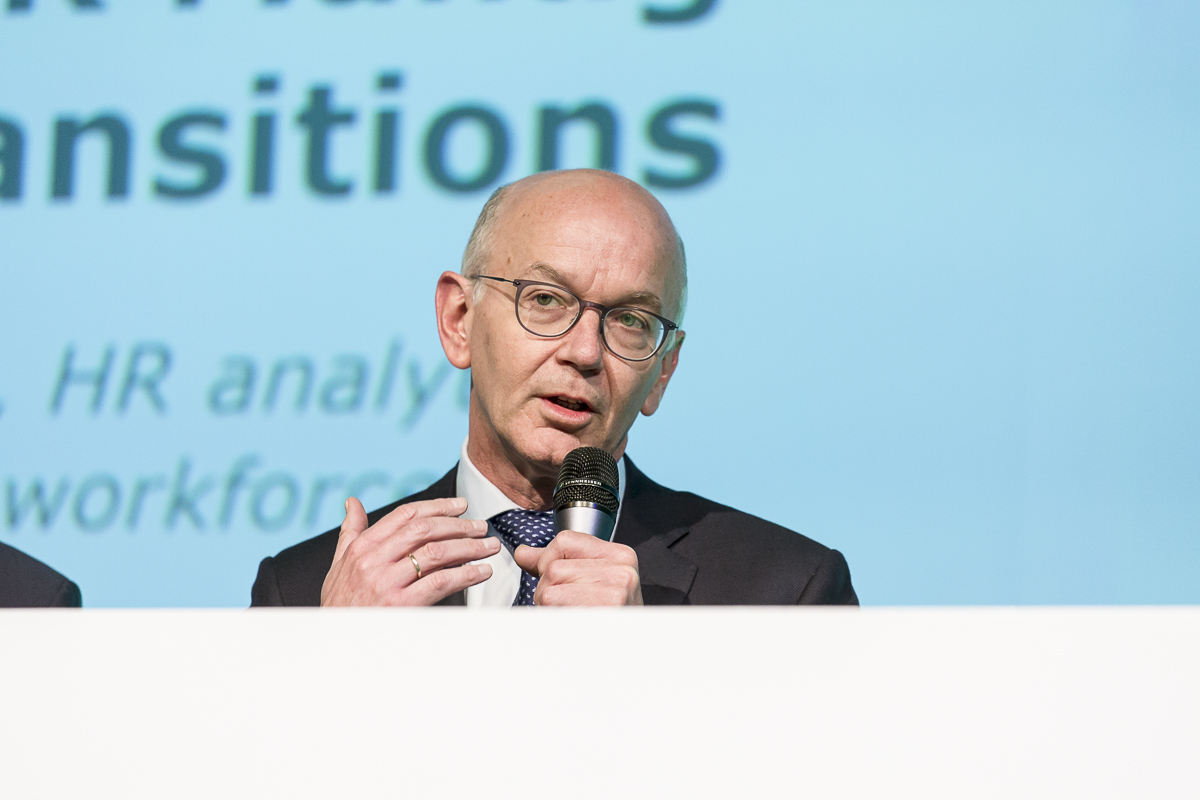 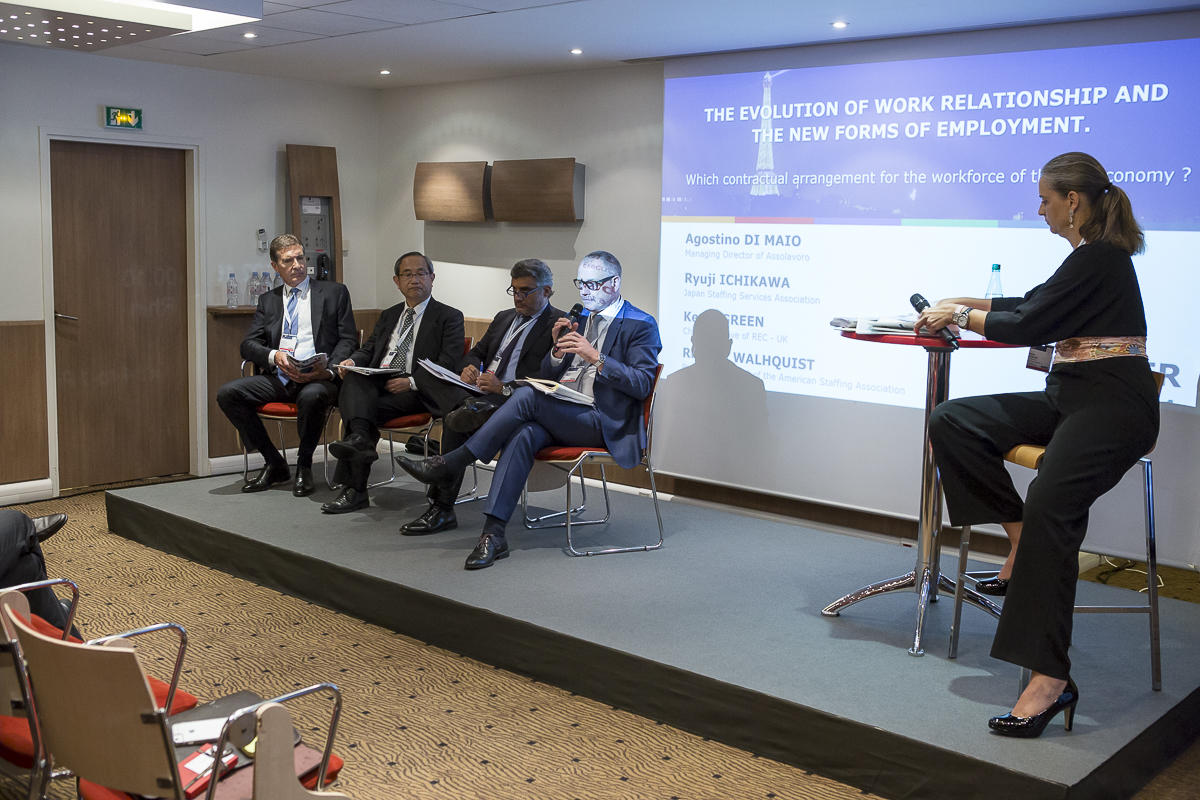 Panel discussion at the conference 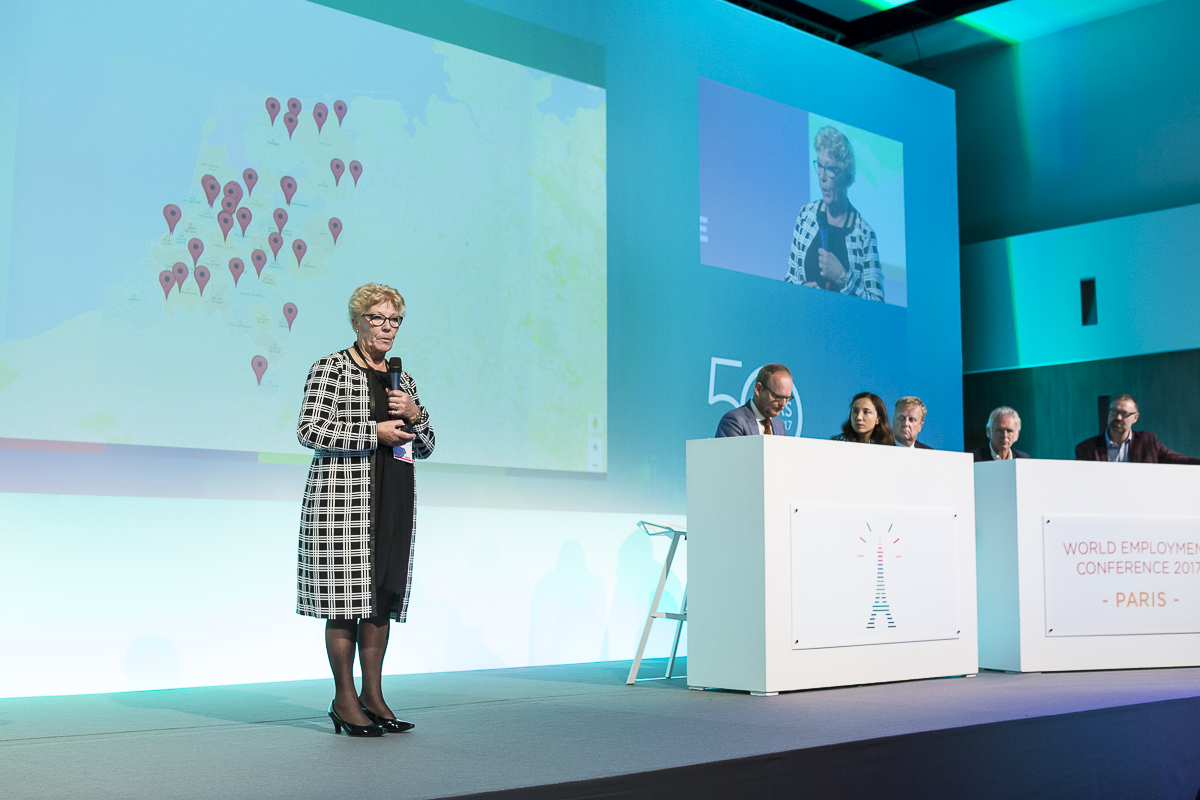 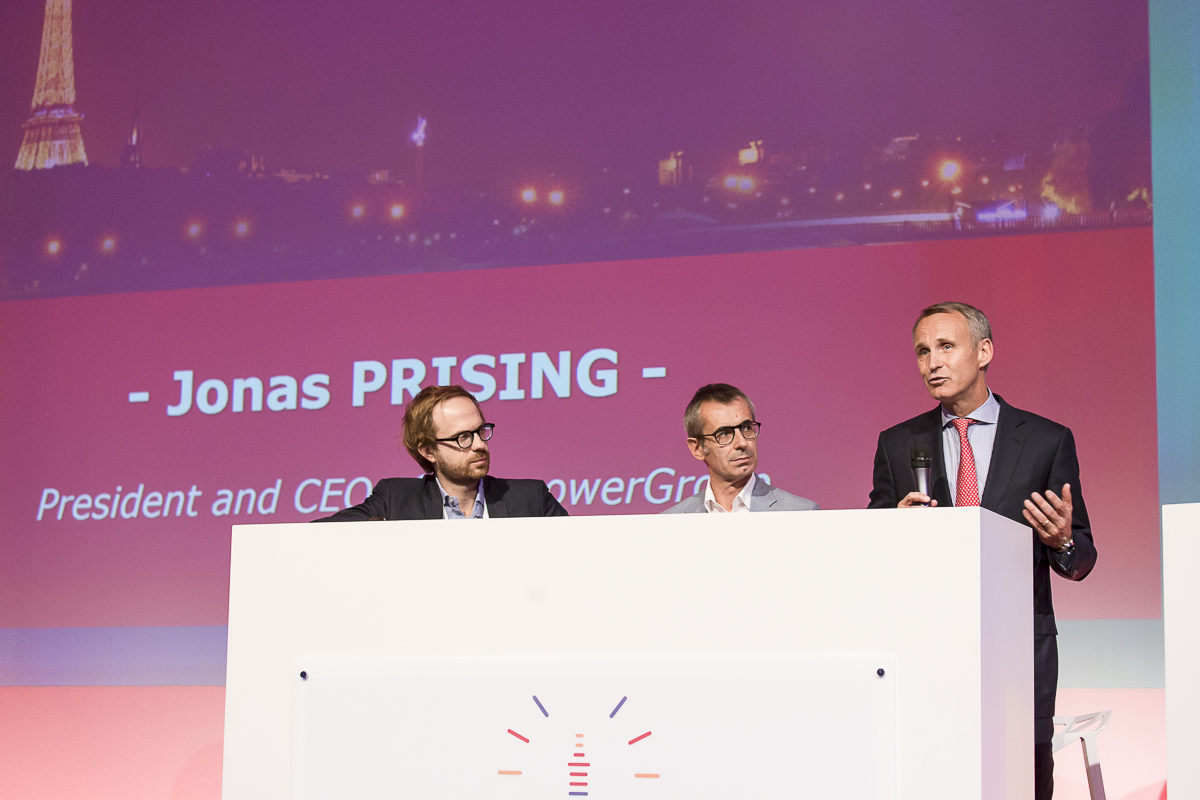 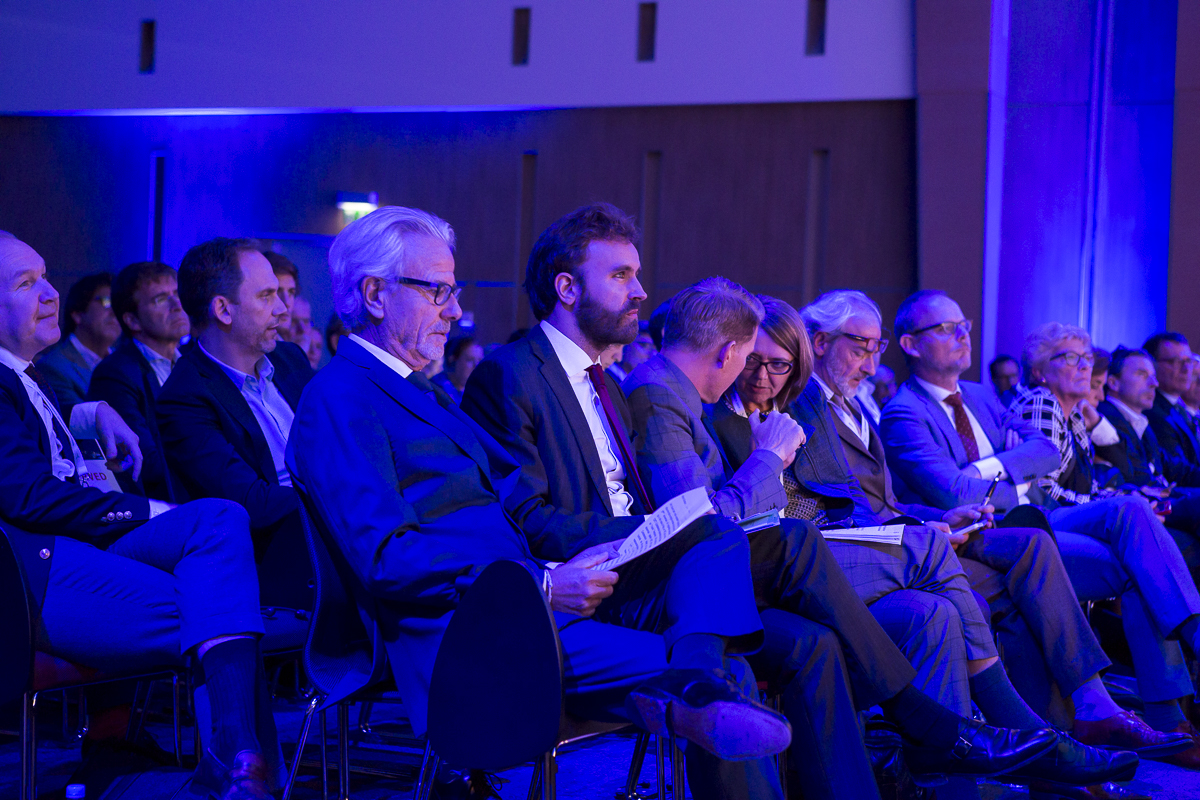 The conference attracted more than 450 delegates over two days. 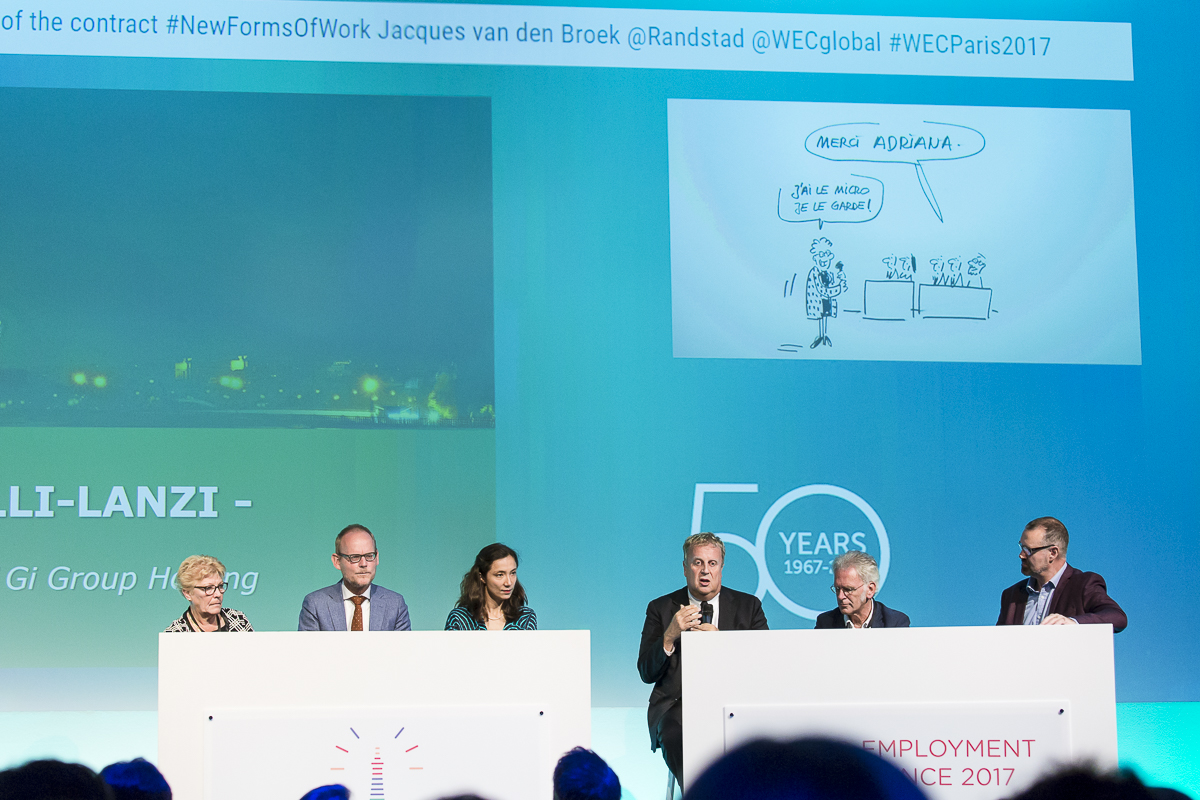 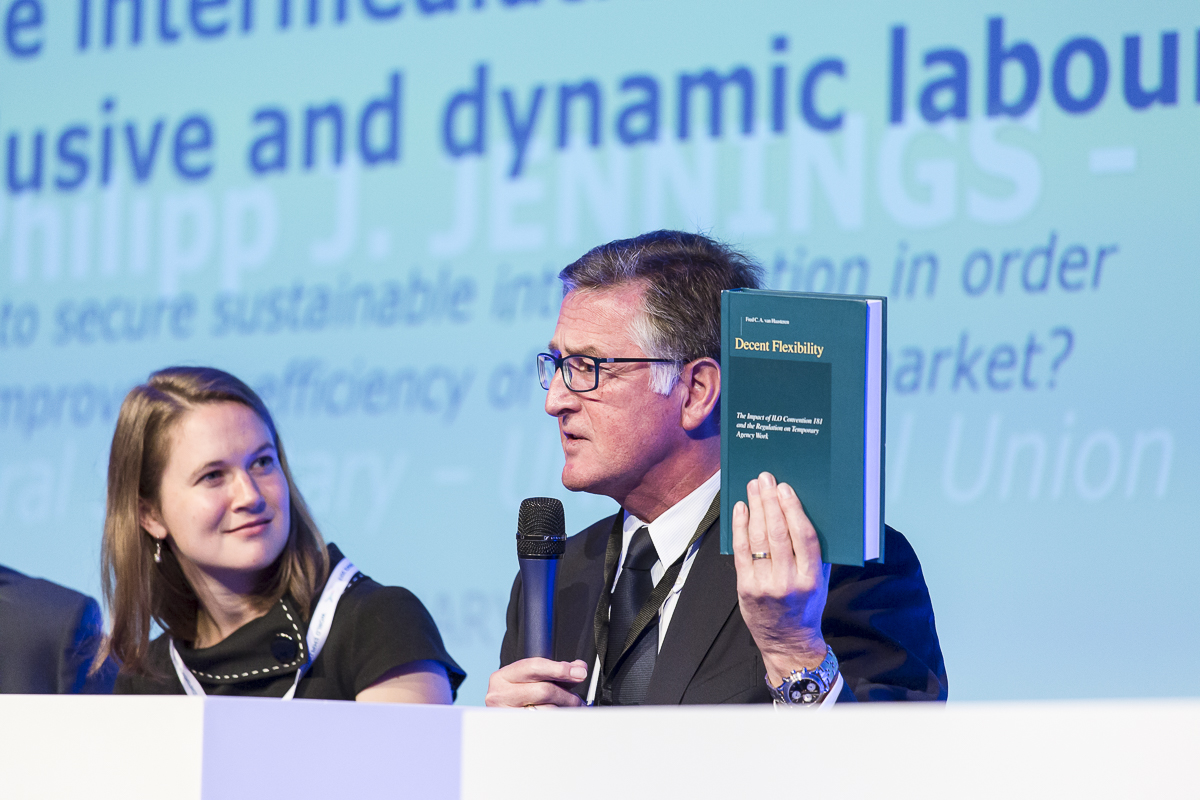 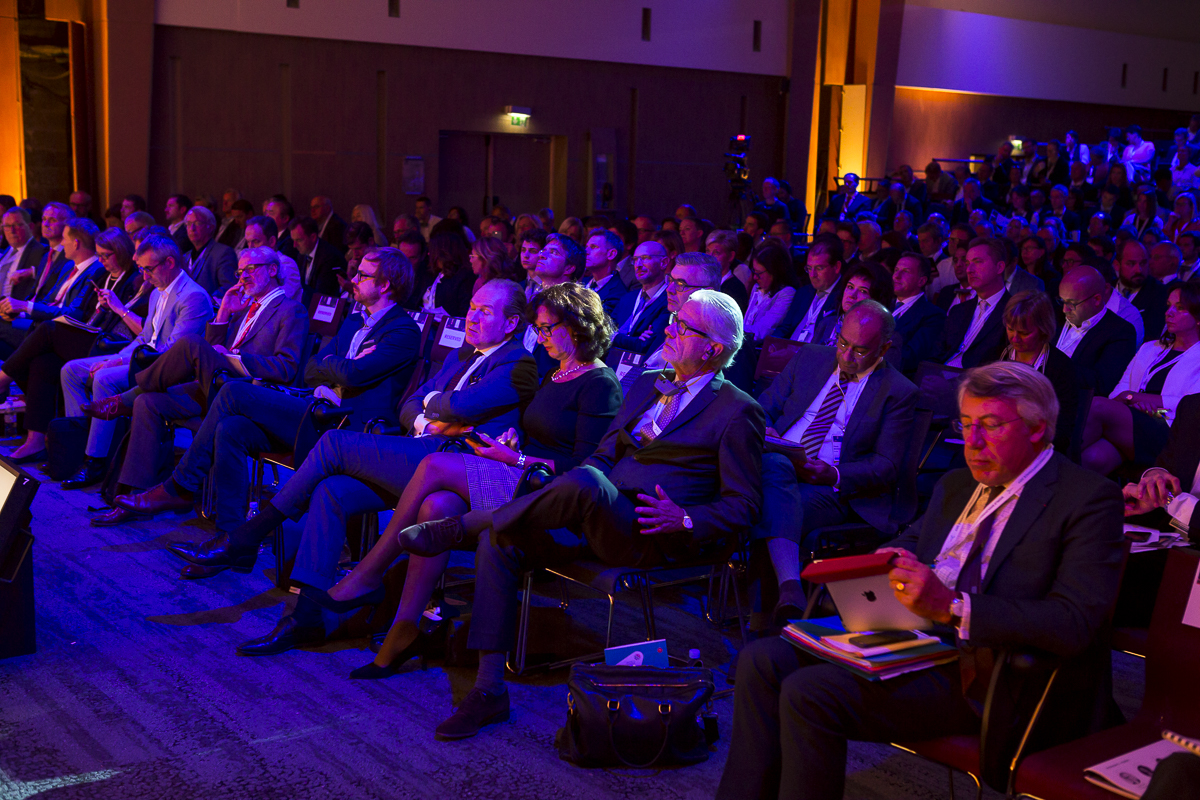